YOTEL Amsterdam reflects the major transformation that Buiksloterham in Amsterdam North is undergoing. The former industrial area is developing into energetic and circular urban district that forms an integral part of Amsterdam. With its open character, high level of sustainability and new functions for the neighborhood, YOTEL Amsterdam is an exciting addition to Amsterdam North. 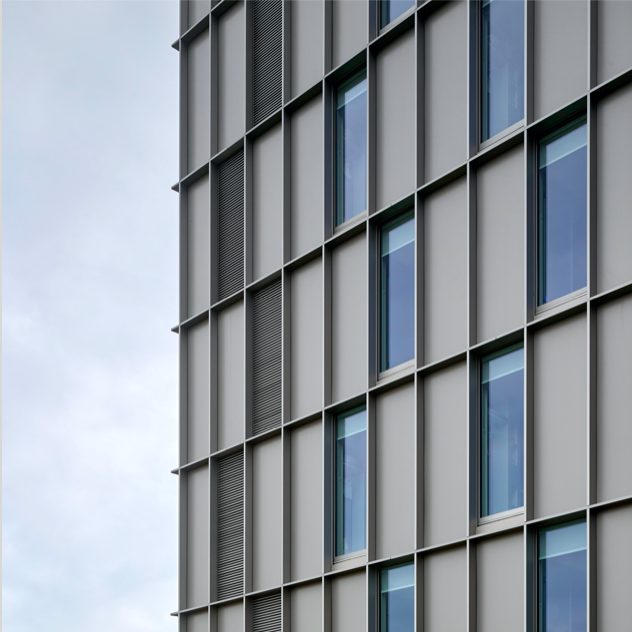 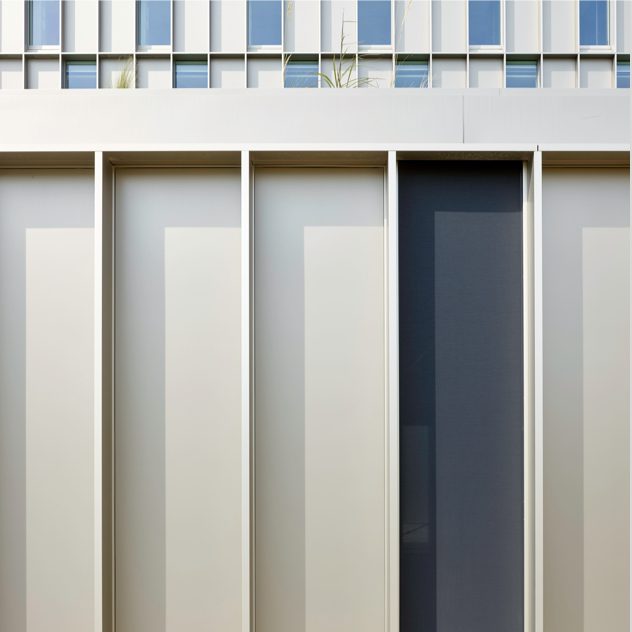 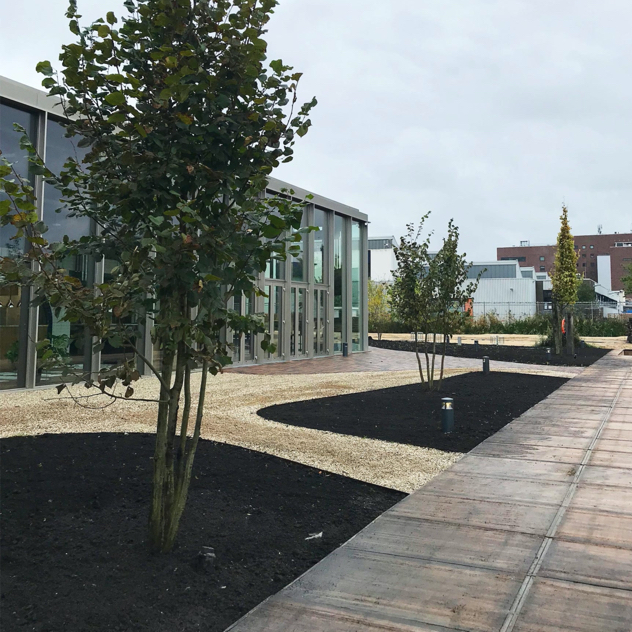 YOTEL Amsterdam is largely circular and realized with respect for the sustainable and social development of Buiksloterham. The local community was extensively involved in the development of the hotel. A collective need for spacious greenery and inviting hospitality venues led to an integrated design with collective spaces, an innovative water system and a seamless flow between the interior and the landscape. 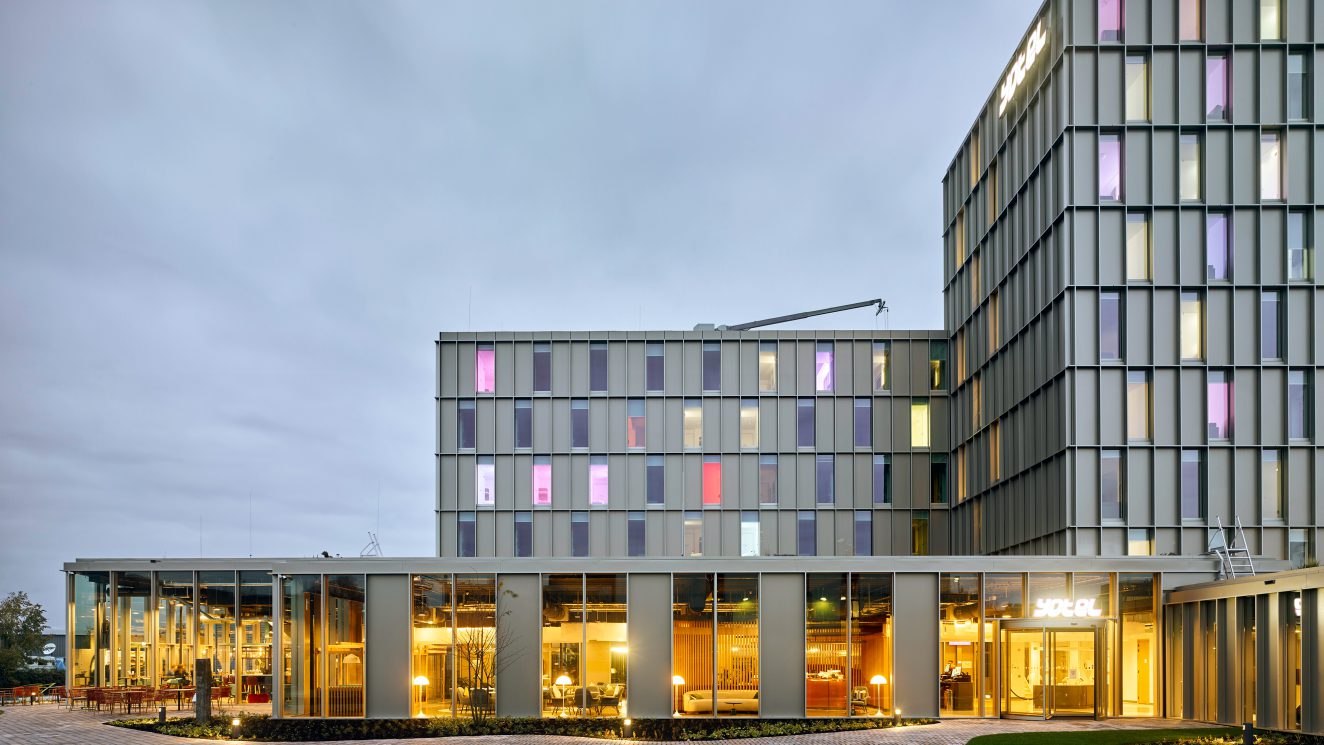 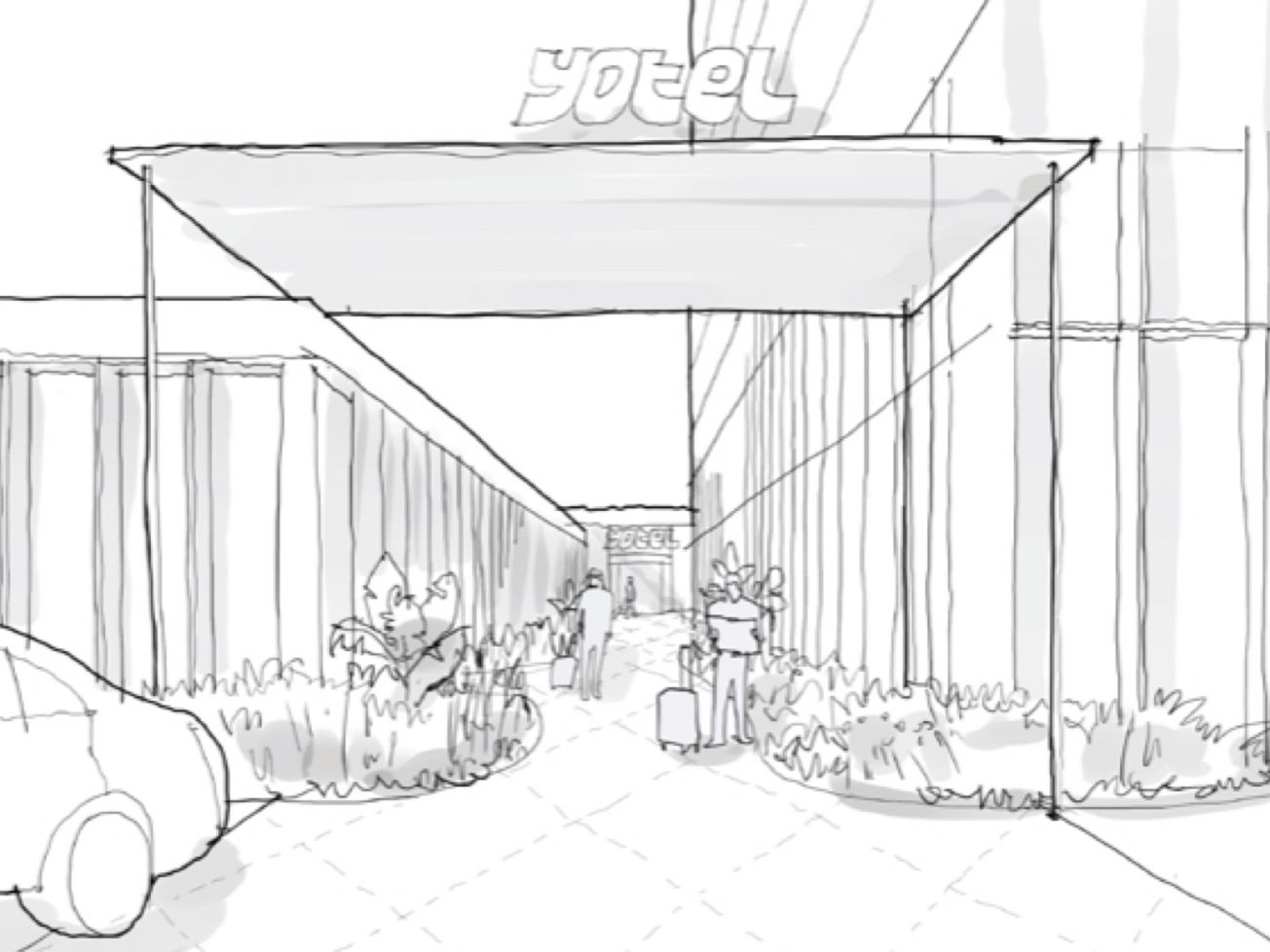 "From the offset, the local community stressed the demand for more green spaces and hospitality venues. We wanted our design to reflect those needs."

Fronting Tolhuiskanaal, YOTEL Amsterdam is a 202-room hotel, consisting of five different, interconnected volumes in a park-like setting. Varying in height, function and atmosphere, they are concentrated around a series of courtyards. At the heart of the complex are collective spaces where tourists, business travelers and locals come together. On the sunny side, the public restaurant, terrace, garden and jetty form an attractive ensemble on the waterfront. A meandering park-like landscape surrounds the hotel. It features a variety of perennials and grasses, each specifically chosen to stimulate biodiversity.

YOTEL Amsterdam forms part of the transformation of the industrial Buiksloterham site into a mixed urban neighbourhood. From a social perspective, the hotel works with local partners to provide the coffee, beer, art and film. Spatially, the building connects to an existing network of routes such as the main road Asterweg and the new perpendicular pedestrian and cycle path towards the EYE museum with a new bridge over Tolhuiskanaal.

Smart design, innovation and sustainability play key roles in every aspect of the building. Buiksloterham is disconnected from the city heating system and the gas network hence the building is powered by an all-electric system. Part of the energy is generated by solar panels located on the roofs of both the hotel and the neighbouring industrial hall. Energy requirements are minimized in the hotel operations. To reduce the high level of water usage common to hotels (about 200 liters of water per room per day!), a circular system collects, stores and visibly reuses rainwater for irrigation and flushing toilets.

The development of YOTEL Amsterdam made great efforts to seek out green construction practices. A modular building method allows to cut construction time, enable optimal production conditions, and minimize waste and transport. The 202 cabins, located in the two high volumes, were built off-site, and subsequently assembled on location – with a ‘stacking time’ of only eight weeks. 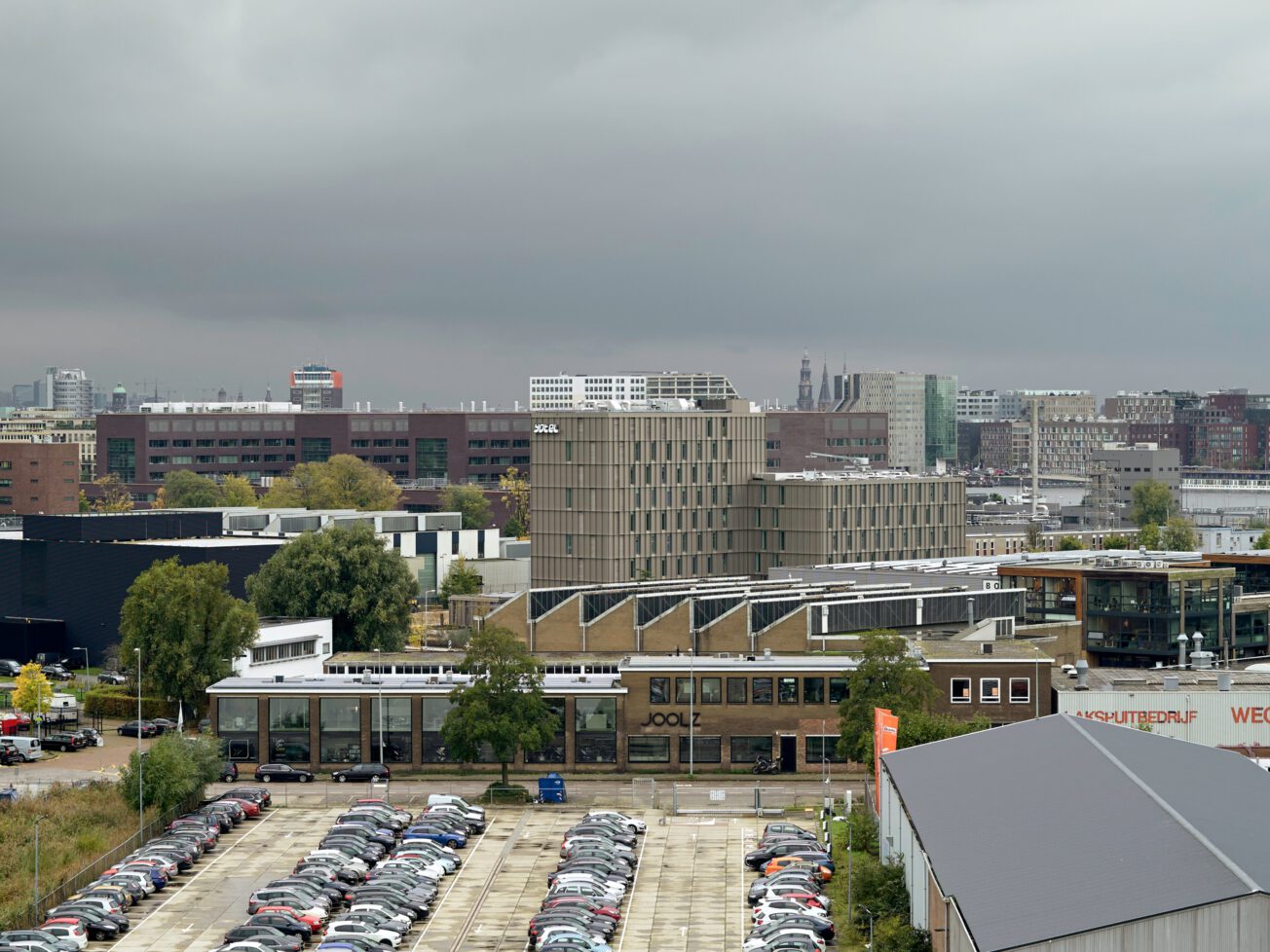 "We aimed to stretch the hotel’s public functions as much as possible to create maximum interaction with the surrounding landscape." 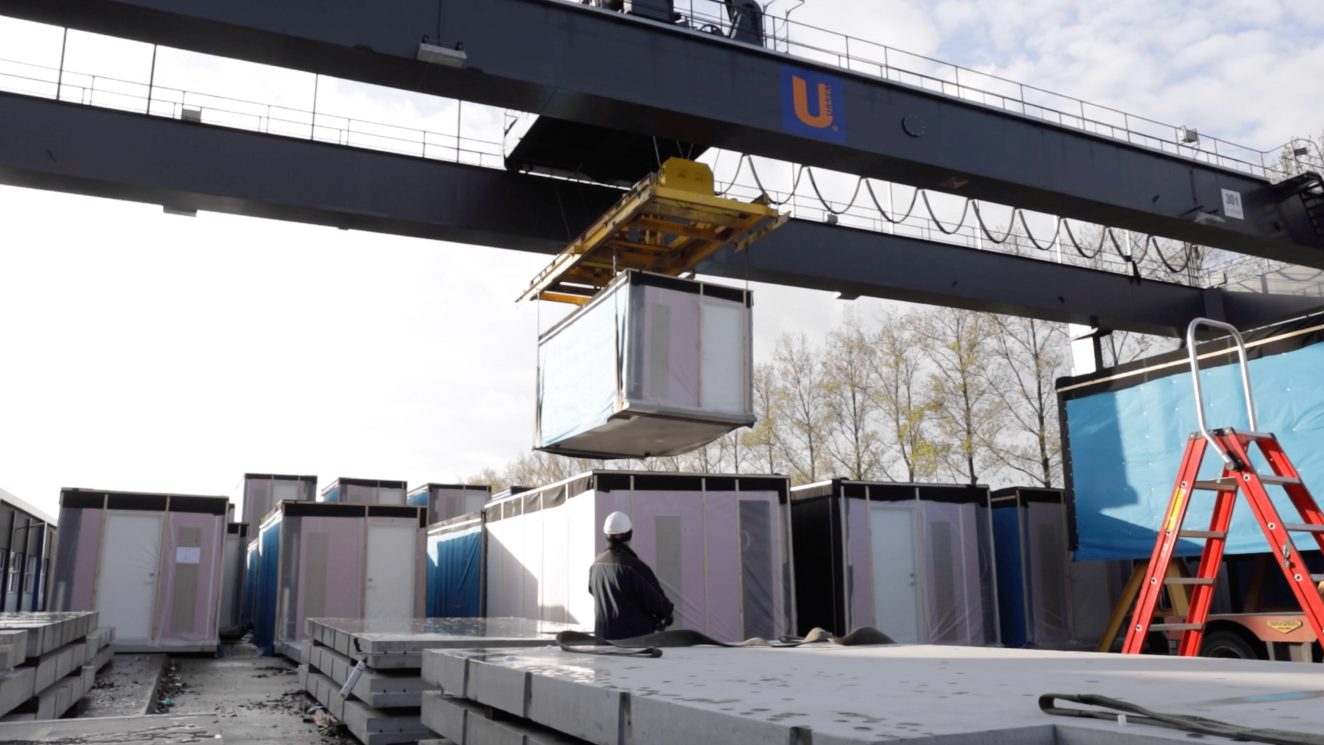 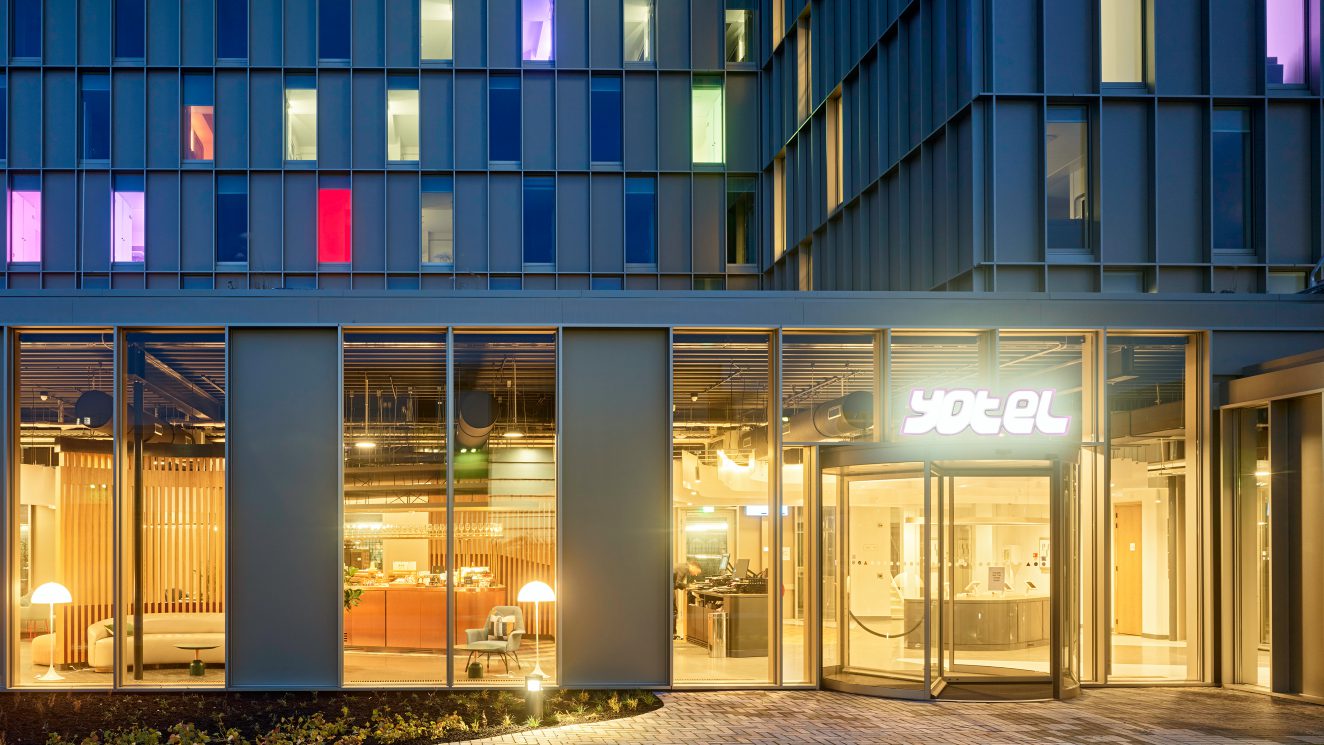 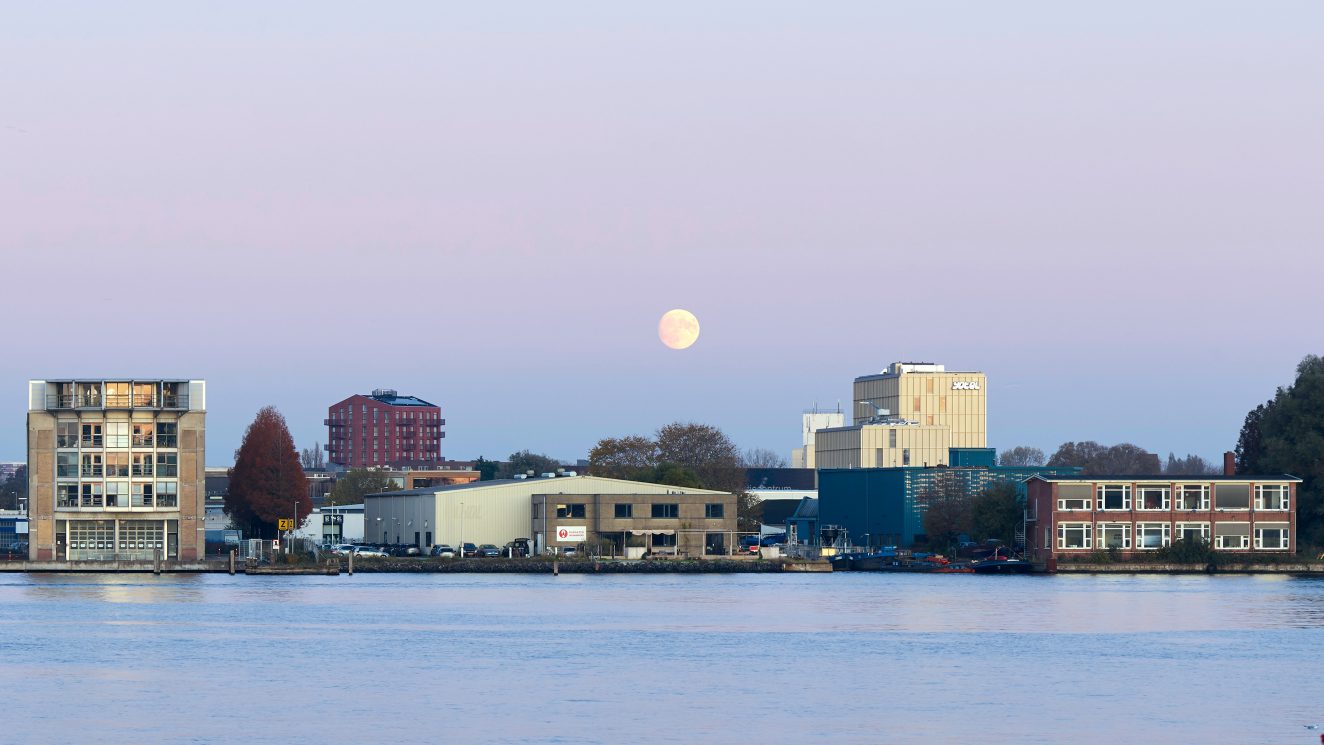 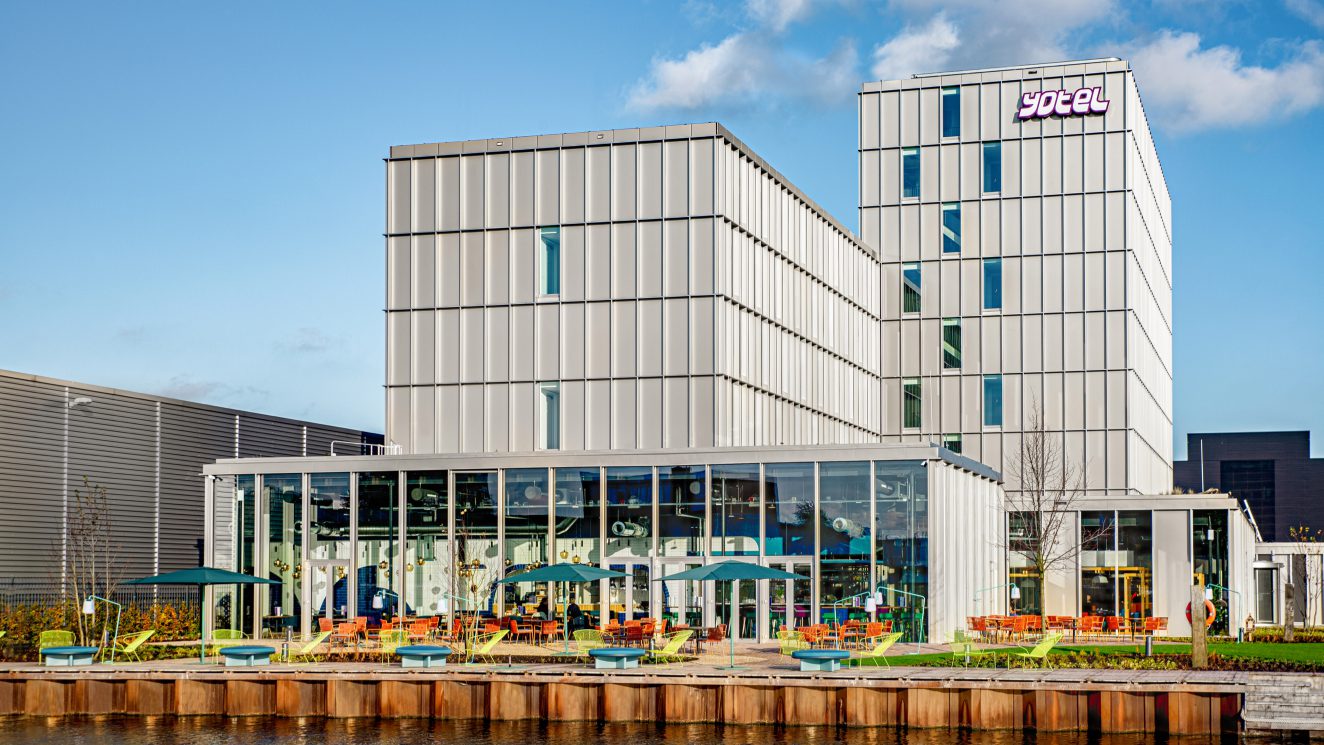 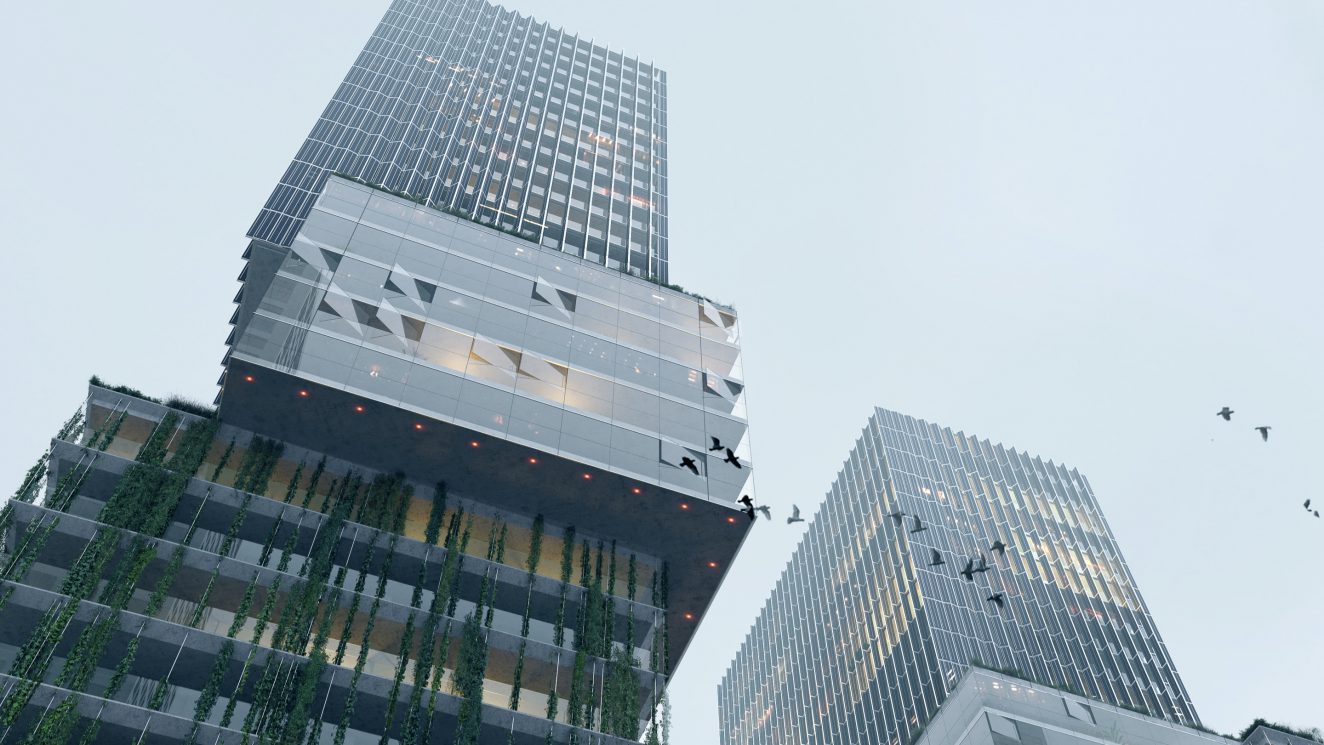